Showing posts from October, 2011
Show All

Well, it's finished as I would have liked... with a All Blacks win. But I am not that satisfied.

I am happy they won, for sure, and they deserved it! And, to be honest, they played a though and good game. But I am a bit disappointed. I was hoping for a spirited effort and what I've got has been a grinding down, slow tiring battle metre per metre.
What a battle France has organized! The french played like mad, incredible game and really though for them to lose. But it is true that the All Blacks where really strong on defense and, even if they missed so many kicks again, it was enough. Even if I didn't like how they played, they kicked a lot and not effectively, they didn't carry the ball... a lot of mistakes!
At the end the absence of Carter it really was a huge problem for them. Today Weepu wasn't as inspired as in the semifinal  at it has been shown. The All Blacks seemed lost at time.

Another song in Paradise 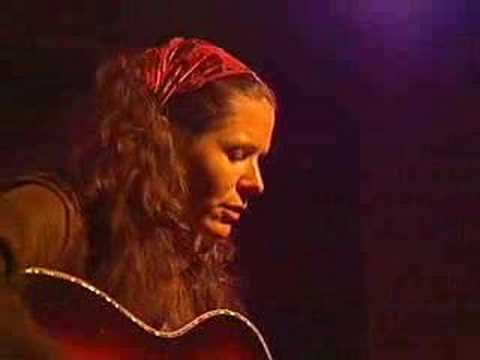 October 16, 2011
Today it was my day off. I woke up at 8:50 and prepared to watch this semifinal. Enjoyed the haka, was sad about missing a Carter performance (I am really sad about this, he is a joy to see in action and the injury has been so unluky...) and the match started.


New Zealand was strong from the beginning, and Quade Cooper was a mess, as it was the fly half in the match with South Africa. New Zealand was pressing hard, Australia was defending quite well... but I was confident in a victory.
Then Weepu started to miss kicks. The first, a try, the second, the third. And even if the All Blacks where in front and controlling... I was asking myself "what the heck?!?!" Why are they keeping kicking? With the pressure they were making they could have kept going strong for tries! And instead they kept kicking... and the kicks weren't going in!


It is a nightmare, I thought! Again we will lose ("we" is me, Wales and New Zealand...) and the final will be Ugly French against Messy …
2 comments
Read more

I had to work, so I couldn't enjoy all of the match in Rugby World Cup 2011 semifinal between France and Wales, but I've seen Wales playing a great match, France defending like hell and at the end... we lost!!

Damn it! The two fly halves missed 3 kicks combined (1 even Stephen Jones... when I saw that one I knew it was the end!) and so the French will play the final.

I am really sad, I love Wales since 2000 and we deserved to win, but the errors with the boot condemned us to purgatory!

And now I'm waiting for the next match, in 9 hours, New Zealand - Australia, the last piece of heart in this cup... and without Carter I fear it will be difficult, because in this Cup it seems that the defences are making the difference.
In 10 hours we will know... good night!

[Update 16-10-2011: Wales played almost the whole match without one man!! I discovered it this morning, reading the match recap. Well... knowing this…
Post a comment
Read more 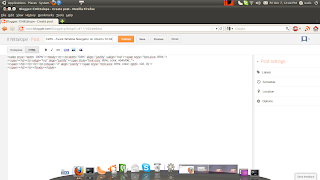 Today I've been caught by a strange mood. Maybe it's because my girlfriend moved the bed to a new position, maybe it's because it's still hot. The thing is that I looked at my bottom GNOME bar, with all the programs opened icons and the Garbage icon and get bored. I needed something new. Or maybe it's because I am stuck developing my application for work (Technical Service Issues Data Program, we may call it) and so anything to do would be better than keeping being stuck. Bottom line is I wanted to replace the bottom bar and, since a few months ago I tried Docky and a year ago a tried Cairo Dock and both are developed using Mono (and I DON'T want Mono on my pc) I chose to give a try to AWN. Truth is that I already messed around with it some weeks ago, but not really tried hard and I am a lazy man, and change scares me (I am scared to death with the new bedroom's arrangement, just to say). But Today I was in a good mood, installed AWN following these instruc…
Post a comment
Read more

Oops, I did it again!


I'm here, Wednesday night re-installing all of my system.


Why?!? Because I like too much messing around, I tried to install the latest PowerTop on my laptop (and succeeded!) and then the latest Grub2 (and succeded... partially...).
Then, configuring Grub2 version 1.99... something went "pop" in my head and I just freaked out... a bit!
I really enjoyed the new speed, the smoothness of this Grub2 version, but I installed it in the wrong place and so... after 1 day of trying to uninstall it I decided to reinstall Ubuntu and reinstalled it... and realized I installed Grub in a place where I should format the WHOLE disk... because I am dumb.


So now I am copying all of my data in my external disk (remember?!? Don't be stupid twice, never, on the same matter!)... and it will take hours. And then... then I'll format my whole hard disk, also to clean the things up (have got  4 partitions, Main, Secondary and Tertiary OS and t…
Post a comment
Read more

October 04, 2011
With all the "good time" had happened in the last month and something I just forgot to enjoy some of my new achievements.
It's been now a month and 3 days that I am officially one of the top in my job, well, in the place I work I am THE top, nobody's above me anymore (not true, Management is above me, but in my own department I am the chief).

I can enjoy a salary with 3 zeros!! Aehm... just as before, but now the first digit is nearer to 2 than to 1 and it's already something. If I also stop to give money for free I could really begin to think I'll be rich one day, probably the day before I'll die, so it will be really useful!

I am happy, still not satisfied because my dream is to not work at all, but happy about myself and my abilities.

Now I should just start not to feel incongruous in this new place, but it's nothing that need to hurry about!
Post a comment
Read more
More posts